On a bitter cold morning under gray skies threatening snow I wedged a chock of wood under a diagonal 2×4 brace and swung my hammer, straightening a belly in a newly constructed wall with one short stroke. A guy in a suit and tie who passed by the jobsite each morning on his way to the train, stopped and said. “Man, I wish I knew how to do what you do.” I laughed, embarrassed, and snorted. “Be careful what you wish for.” A young man, and new to my trade, I was highly skeptical that a professional might actually envy a laborer’s skill. I suspected he was blowing the proverbial smoke.

I was introduced to the trade by an Englishman name Steve Crossley who saw some potential (for cheap labor mostly) in a cocky, slightly built teenager, of very limited abilities but endless verbal capacity. Steve was a Northern Brit who arrived in the States by way of Australia in hot pursuit of a girl and was known affectionately to his crew as “The Mate.” Fond of the occasional pint or two, the Mate could often be seen teetering around town on an ancient, battered Triumph Daytona, or behind the wheel of a Land Rover overflowing with dogs. Despite his comic tendencies, Steve was a meticulous craftsman who instilled in us a careful attention to detail. He was a stickler for tight tolerances and his love for the trade was evident and contagious.

I soon discovered I had a knack for finding the sweet spot of a hammer (except when the boss was looking, suddenly bending over nails whenever he appeared) and learned pretty quickly to use my body as a lever, once monkeying up through a stack of trusses to lift a boom crane’s “headache ball” off a man’s trapped leg to the delight of the crew and my own heart pounding amazement. I remember the foreman saying “NOW you’ve got something to tell your girlfriend!” I flushed with pride and embarrassment. Steve always had a way of putting me in my place though, barking out in a North Country Manchester accent “You’re as useless as a chocolate teapot!” Or “You’re as useless as an ashtray on a motorbike.” Or my personal favorite “My God! You’ve got to retrain him after lunch!” and other choice, colorful phrases I cannot repeat here. But when you excelled at something he was just as quick with a compliment and a hearty “Well done Young Squire! Young rapscallion!” It’s been over twenty years since I left his employ and I’ve had many teachers since, but it was under his tutelage that I learned a trade; a way to be useful anywhere, and a means to support myself and others with head, hands and heart.

A framing carpenter with any natural aptitude and curiosity soon graduates to trim work, doors, moldings and stairs and then furthers his education with shop work, appreciation of species, cabinetry, perhaps furniture making, finishes. Your love for the medium deepens and grows. You start exploring the tension between wood and worker. You start thinking you’re pretty good every five years or so, start to plateau at a certain level, then realize you really don’t know anything at all, never did, and start making the climb to the next level. I imagine it’s a lot like a violinist, or a fly fisherman, a surgeon even. It’s a continuum, and you never really get there, you just keep traveling, deepening your knowledge as you climb. And once in a while, faced with a cocky young helper (who seems so familiar), you get to say “Kid, I forgot more than you’ll ever know.”

I am proud to have on my team Randy the bookbinder, Mark the electrician who composes music, Dave who builds Danish Modern furniture, Drew the cabinet maker, Justin the print maker, Akira, an artist and a tile setter, Timmy and Eddy, the plumbers who see a creative way through every thorny difficulty. We are blessed with talent from our plumbers to our plasterers. These are men I admire and who bring to the work a breadth of knowledge and depth of attention that I think few other crews can match. Guys who have an insatiable curiosity about how things work and who are fluently conversant in a multitude of styles and mediums that only comes from long hours, days, weeks and years plying your trade with literal blood, sweat, laughter, head-scratching and tears.

Does this over qualify them for renovating? No way. Renovating in Manhattan, for some of the most discerning clients and the most creative designers on earth demands a special resourcefulness and focus. These guys tackle challenges on a regular basis that I’ve seen traumatize lesser tradesmen. “If you can make it here”…..indeed.

This is why we are called ”Eclectic” Builders. And this is why I believe our work sometimes approaches the “art” that Nizer speaks of.

I think even “The Mate” would be proud. 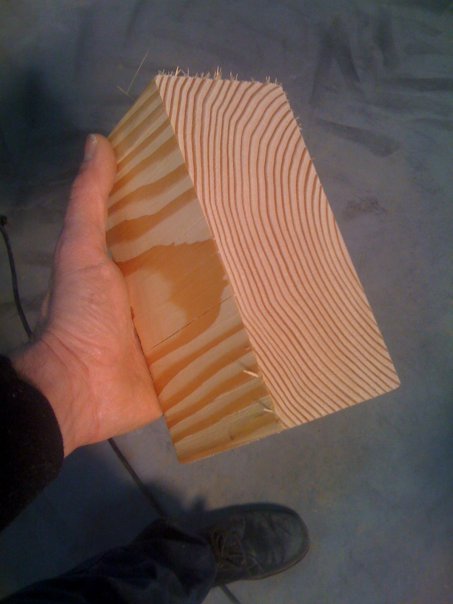 ……is a quote from a fellow New York City area remodeler who by noon on Wednesday had several major catastrophes on his company’s plate including a home that has been knocked down by Hurricane Sandy. He continues: “This is probably going to be an adrenaline shot for our industry in the affected areas but I’m not excited about it.” (from Daily5Remodel).

I share his sentiment to an extent, but I have always considered renovations at their very best to be a direct and tangible improvement of people’s lives, through the positive transformation of their immediate surroundings. As within, so without…and vice versa. So to put the pieces back together of a flood damaged home seems to me an act of healing and therefore an inherently more satisfying endeavor than, say, brightening a bath or improving the workflow of a kitchen.

Any contractor working in Manhattan will be happy to swap war stories about the logistics of moving workers, vehicles and materials in our fair city. It can be a daunting task even on a summery, low-traffic August day, but factor in winter weather and the potential for material and labor shortages due to the storm, and the puzzle becomes that much more interesting.

I am riding the A train downtown on Sunday morning the 4th of November, the day the marathon would have taken place were it not for a storm named Sandy. It is the first of many trains I will take to the Park Slope Armory to see if volunteers are still needed to assist the elderly and displaced. My truck is out of gas and there is none to be had uptown for love nor money. I left my bicycle at home after riding many miles in search of volunteer opportunities yesterday and my rear end is very grateful for the down vest beneath it on a smooth subway seat. I bought that bike during the transit strike and have unhooked it from the ceiling a lot less than I care to admit but it served me admirably yesterday. It was a fine, blustery autumn day and I was happy to be above ground pedaling past the National Guard handing out bottled water and the cops pumping gas to the cars snaked around the Lower East Side. I finally found a job in Brooklyn, helping Occupy Sandy hump supplies in and out of their ad hoc distribution center at St. Lukes church. They are moving an enormous amount of donations – and quickly too. And I don’t think I’m going out on a limb here to posit that they have more PPP’s (piercings per person) than any other relief organization in town.

(As I write, the city run shelter at the Park Slope Armory/YMCA is still accepting drop-in volunteers and I promise you many a fine Sandy escape story from some of New York’s original characters there. : )

WNYC’s link to how you can help: http://www.wnyc.org/articles/wnyc-news/2012/oct/30/how-help-hurricane-sandy/

What our clients say
John A. in new york, NY
The Eclectic team made our 6-month renovation painless and fun. Not only were they good at listening to our goals, they were able to communicate...
Geof B. in new york, NY
Very professional. Great paint and carpentry work. And very easy to talk to. Highly recommend ECLECTIC.

View all feedback from Eclectic Builders

“The finished work is beautiful. It is exactly, and better than, what we envisioned. Even our big dog adored them. You could not hope for a better renovation than the one we had.” ...more

“Eclectic made renovating actually fun. They gave us a calendar showing the schedule of work, and kept to it. They were utterly reliable and responsive, always in a good mood, and had a solution for everything...” ...more

"I was very pleased my co-op with their courtesy and professionalism and has gone on to do other work within the building." ...more